HOW TO PLAY POKER TOURNAMENTS: 5 TIPS FOR BEGINNERS | Shuffled Ink
Call Today Call us today407-298-3579
Chasing the dream of winning a large amount of money is on the mind of every lottery player. But the odds of catching those 7 numbers are really, really low. Tournament poker, on the other hand, is a more viable option — you can boost your chances of winning through learning the game.  And although a lot of luck is needed to win a single tournament, having the proper skillset can actually make you into a profitable competitor while playing in tournaments. In this how-to guide created by professional poker players of BeastsOfPoker, you will learn 5 important tips to guarantee success during poker tournaments.  Whether you’re just starting out in the game of poker or already know the ropes, simply study these tips, and it will make you a force to be reckoned with!

1. Adjust your strategy for beginning, middle and late stages of the tournament

Every tournament has three stages: beginning, middle and late. It’s important to understand that you don’t want to play each stage with the same strategy. For example, during the beginning stage of the tournament, there is not much pressure from the blinds to the stacks at play, and there is simply no need to risk your chips to win these rather small blinds. Instead, you should wait patiently for good opportunities in the early stage.  This means to ramp up your aggression and raises once the antes are in play and the fear of busting begins to affect how your opponents will play their hands. Only waiting for premium hands in the middle and late stages will ensure that your chip stack is quickly blinded out unless you get very lucky!  But you shouldn’t solely rely on luck.

2. Revert to push/fold strategy with under 15 big blinds

When you’re at a stage where your current stack is less than 15 big blinds, you should only consider two options in a hand: folding pre-flop or raising all-in. If you just call or raise small, someone else has the option to put you to the test by rearising, and that’s something we want to avoid. Basically, we want to give ourselves multiple chances to win: if you raise all-in with a small stack you either scoop the blinds without a contest if everyone folds or you get called to have a chance to win at showdown. The closer you are to the button, the more hands you can profitably start to push with a small stack.

3. Use smaller bet sizing (just enough to get the job done!)

Whether you raise pre-flop or post-flop, you should aim to risk the minimum amount to get the job done. Usually raising 2x-2.2x of the current big blind pre-flop in the middle and late stages of the tournament is enough, and in post-flop play, you can get away with a small bet that is 25 to 30 percent of the pot.

Poker is all about statistical edges.  After all, no one has ever won a poker tournament by being passive. If you just call with your hands, there’s only one way to win the pot, which is by having the best hand at the showdown. Now, if you’re the one making bets and raises, the situation becomes completely opposite: your opponent needs to have the best hand if he decides to just call you. You can either win the pot by making your opponent fold or having the better hand at showdown. 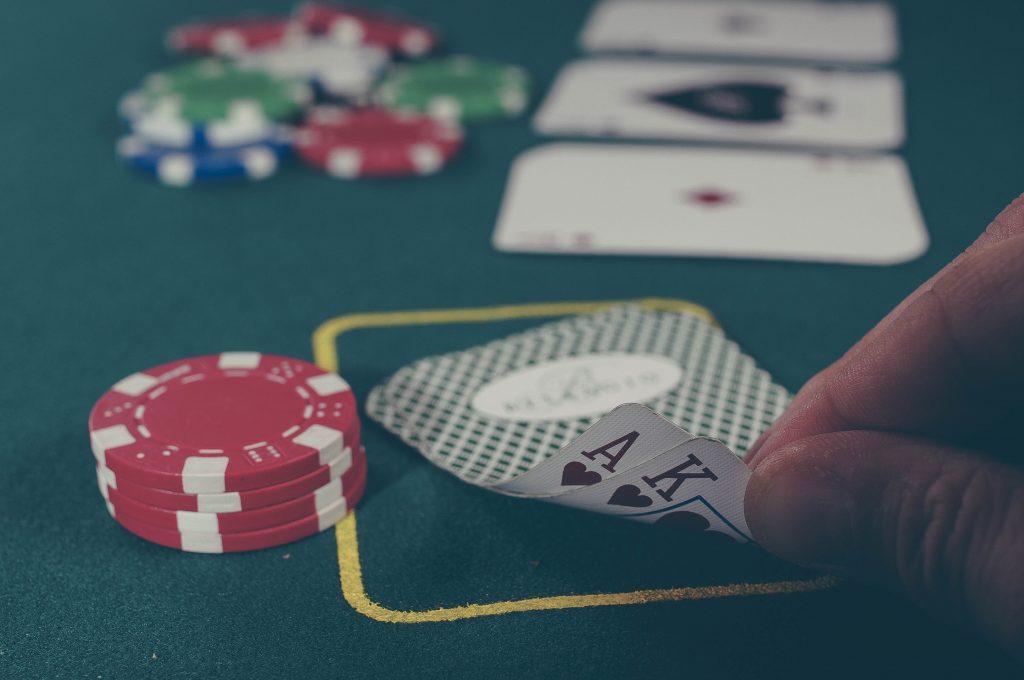 5. Make final tables by stealing the blinds at every opportunity

Once there are a few tables left, people will start to play somewhat cautious pre-flop due to the prize jumps. The largest prizes are awaiting those who make it to the final table. So, how should we take advantage of this? By stealing the blinds every chance we get! Successfully stealing the blinds at the late stage of a tournament will make the difference between finishing in 10th place or winning the trophy. Look for spots where the players in small and big blind have consistently played very few hands, as they are most likely afraid to enter a pot without having a good starting hand – this translates into a high chance of taking down the blinds without a fight. The bottom line here is that making a lot of final tables needs timely aggression, which will reward you in the long run. Remember this and the other tips the next time you play in a real tournament – you will notice that luck is what happens when preparation meets opportunity! ● Official Shuffled Ink website: ShuffledInk ● Make Your Own Custom Playing Cards at: ShuffledInk ● Make Your Own Custom Card Games at: ShuffledInk