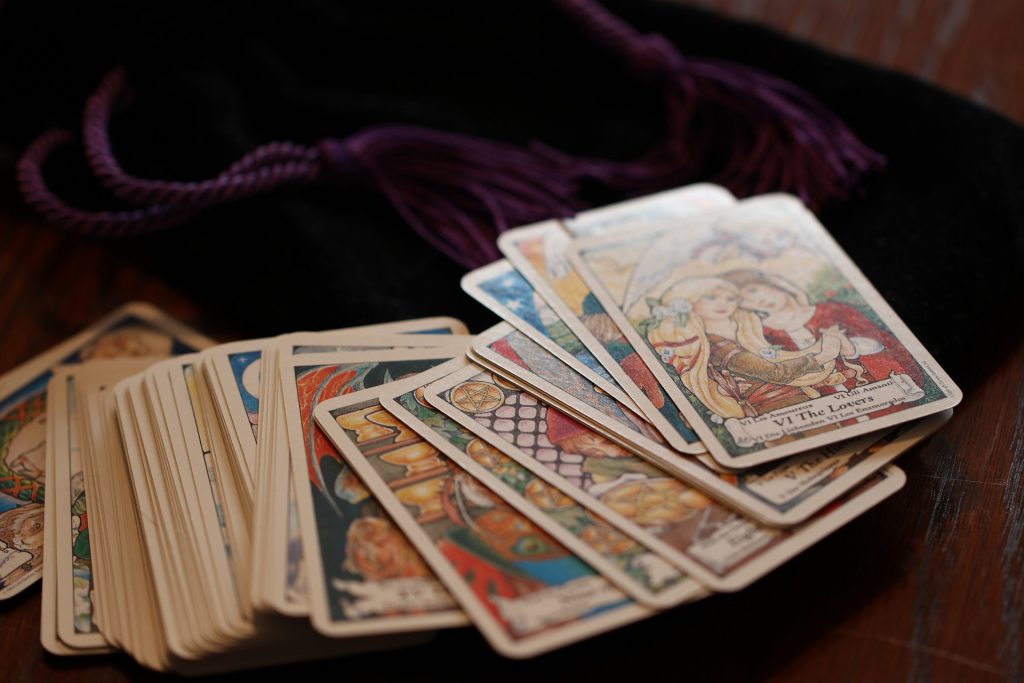 For centuries, tarot cards have been used in many variations for a number of purposes, including entertainment, knowledge of the paranormal, divination and more. Here are some insider facts about the origins of tarot cards and how they’ve evolved over the years:

It’s believed that in the 14th century, Mamluk game cards were brought from Turkey to Western Europe, originating the use of cards designed for playful divination purposes. Later during the 1500s, Italians played a game called “tarocchi appropriati” that involved dealing out cards with thematic associations used to predict stories about each other (similar to the childhood game of “MASH”). In Italy, wealthy families hired artists to design their own unique and expensive tarot card decks, which were then called “carte da trionfi”, or “cards of triumph”.

Similar concepts of tarot cards existed in the Christian Church’s priest memo cards, gypsy cards and even old Egyptian tablets, designed with signature images from the artists on them. In many of these different packs, the images were designed to represent aspects of the real world and with each spread laid out, a new and unique story was told.

Some of the earliest decks were designed for a game like modern-day Bridge─a classic card game of strategy that requires two teams of two players. It wasn’t until the late 1700s when the very first guide to tarot reading was published by Jean-Baptise Alliette and widespread divination use began. Modern-day tarot practice came about in the late 19th and early 20th centuries, originally called “ìRota,î” which means “wheel”, relating the “wheel of life” experience provided by the deck. The best beginner deck was created in 1909 by William Rider and A.E. Waite, known as the still popular Rider-Waite deck. This deck is recommended for beginner readers because it includes a printed reading guide and specific meanings of each card. 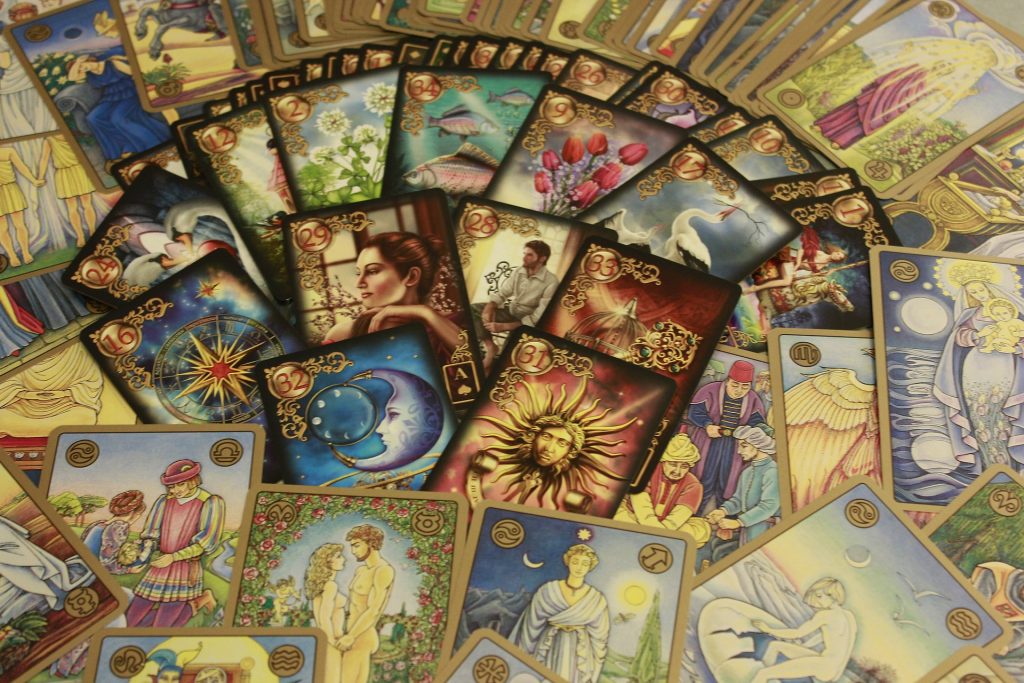 HOW TAROT CARDS ARE USED TODAY

Today, tarot cards are used similarly, however in different variations. There are two types of readings, which include question readings and open readings. Additionally, there are many different types of tarot decks designed around themes like nature, fantasy, animals, etc. And while there isn’t a standard number of cards across all decks, all deck suits and their meanings are very similar.

The deck is shuffled and the person being read is dealt spread of cards in specific places, each card in a specific place representing an influence surrounding their life. The reader then discusses each card, how they relate to each other and the different aspects of their life. There are various spread options and ways to personalize the experience for the person being read, such as targeting certain questions about their life with a question reading or addressing monumental life moments with an open reading.

Tarot readers honor their deck as a magical tool and personalize them for their own use, a process known as keying. In a keyed deck, the elements shown on the cards are tied to the real elements in the Universe, creating the magic. With unkeyed cards, you can still lay out spreads, but they will be less accurate than with keyed cards.

Want to learn more about personalizing your own tarot card design, size and packaging? At Shuffled Ink, we offer 100% customization to suit your project’s exact specificities. Request a free quote today for more information.

● Make Your Own Custom Tarot Cards at: ShuffledInk