We know what makes our family and friends laugh, cry and tick, especially when we’re playing endless rounds of card games.  With no shortage of entertainment and gathered personality types, we’ve put together a fun list of “players” you will most likely encounter on a typical game night!

The Sore Loser/Winner: Be sure not to pinpoint this player to just toddlers…they come in adult sizes, too.  Game night wouldn’t be complete without accusations of cheating and at least two meltdowns.  Not to mention, this player’s “losing” episodes are just as bad as their “winning” ones. We’ll let you decide who you’d rather deal with: Someone who displays intense gloating or walks away from a game in anger.  All joking aside, most of us have experienced “angry bursts” while playing a game — when you draw the “Go to Jail” card and can’t collect $200 in Monopoly; when someone makes you “Draw Four” cards in UNO — so we understand your pain, and we don’t judge.

The Dynamic Duo: Typically dealt with during team games, these two players allow their one-of-a-kind bond to be known.  Their complete starter pack includes an elaborate handshake, intense staring and, of course, twin telepathy.  When this duo participates in a game, their competitors often feel two emotions: envy or loathing.  They either wish they had a partner in crime of their own, or they simply can’t stand the pair’s obnoxious tendencies. 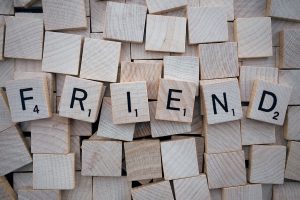 The “Wannabe” Pro: This player never misses an episode of Family Feud (including the reruns), tunes into Jeopardy every night at 7 and, in their spare time, researches cheat codes on popular games.  And while you’ll have to deal with their smack talk before the game and during their brief winning streak, count on no words uttered when they’re losing.

Silent but Deadly: For this player, silence is key.  Most of the time, it’s easy to forget about this player because they don’t openly make their presence known.  Nevertheless, they often show no remorse for the game pieces that block them from what’s “rightfully” theirs: eternal glory.  And while they share similar characteristics to that of The “Wannabe” Pro, it’s their tremendous gaming skills and mysterious persona that separates them from the mere hopefuls.  By the time you realize their true intentions, it’s always too late.

The Happy-Go-Lucky Butterfly: This player would rather receive a sportsmanship award than a first-place trophy.  Generally focused on life’s simplest pleasures — enjoying the company of friends and family — they often socialize more than playing the game, which can be frustrating for the players who must nudge them when it’s their turn.  Regardless, inviting them to game night has more positives than negatives. This player’s happy-go-lucky attitude outshines their nonexistent competitive drive.

The Ferris Bueller: (For those of you who haven’t seen “Ferris Bueller’s Day Off,” it’s a movie about a teenager who plays hooky instead of going to school).  Now, we all have that one friend who is constantly blowing up the group chat with messages to hang out, but when a plan is finally set, they never actually show up.  And while you may not physically encounter this “player” on game night, their absence is still relevant, as their flaky actions can disrupt the flow of the game and result in unbalanced teams. 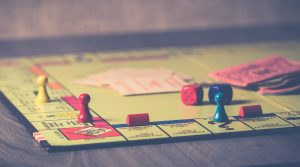 The Glue: Like The Ferris Bueller, this person technically isn’t a player, but they do play an active role in the game as mediator.  Ensuring everything runs smoothly, they typically appoint themselves with the position, as they would rather observe than partake in the game.  Even so, your game night wouldn’t be the same without this key “player,” for their calming energy in a room full of various gaming personalities is much needed.

Ever tired of playing the same games over and over again?  Consider building your own custom card or board game with Shuffled Ink!  The same personality types may continue to show up, but at least you’ll have something new to play, and it’ll be your own unique product!

Now, whether you find yourself fitting in all, one or none of the categories listed, Shuffled Ink hopes you have an unforgettable night of fun with these “players” …so much fun that you’ll end up doing it all over again!